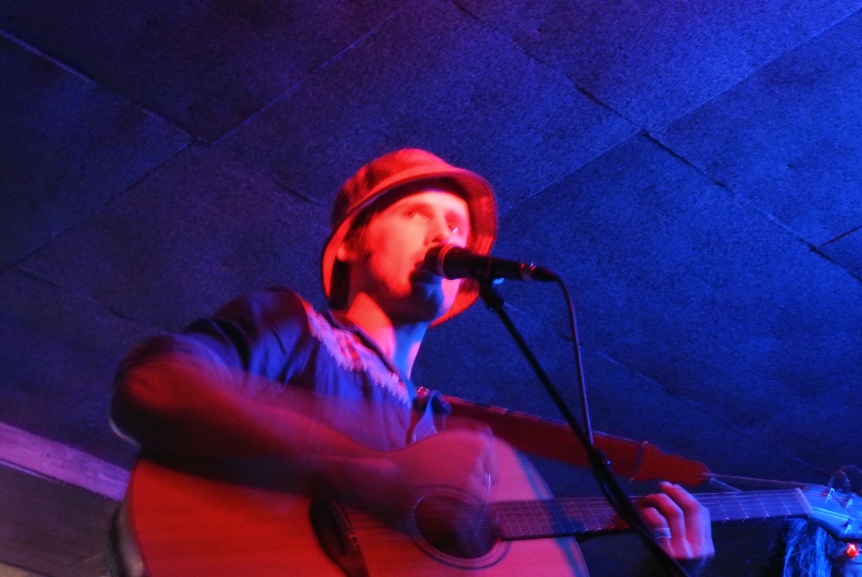 Pasco Tom & Friends presented on 27th march a new single ‘On the Sunnyside’. The single launch was in Bedroom Bar, in Shoreditch. A place with very comfortable atmosphere ready to show you some of the best musical performances of London and beyond.

Periodistabuscatrezzo were there to bring to you information that, probably, you don’t know about Pasco Tom, who made us enjoy the night with cool and summery rythms.

A gig that made us feel the warm sun that Londoners wish  to feel with changing of season.  Enjoy the interview!

Periodistabuscatrezzo: Who is Pasco Tom?

Pasco Tom: A traveller, a musician, a singer, a sportsman, an activist, a humanist, a giver of positive energy

PBA: Since when do you have a romance with the music?

P.T: I have had singing lessons a few years ago and have had a few guitar lessons but nothing continual. I have been playing music for 10 years and have been writing songs for the last 8 years… My romance started when I was in New Zealand back when I was 18, I wrote my first song there!

PBA: Which have been your musical influences?

P.T: The blues, soul, reggae – mainly these styles. The world influences my songwriting, and people I meet often end up in my songs. 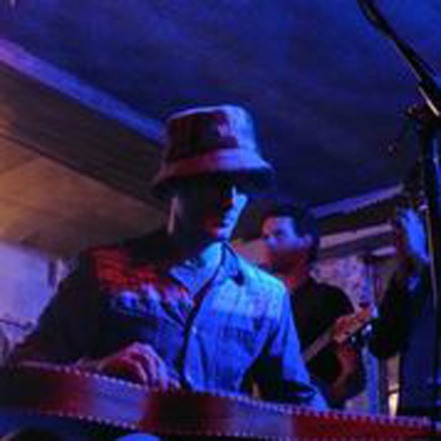 PBA: What do you think that makes Weissernborn guitars special? And what about that style that reminds us of Ben Harper?

P.T: The weissenborn is a unique guitar with a hauntingly beautiful sound. Unlike no other I have heard before. There is no instrument more beautiful than a weissenborn guitar, it reminds me of the waves of the sea.

Ben Harper has brought the weissenborn guitar back into the public eye after such a long time of being forgotten about. So I must thank him for introducing it to me!

PBA: Tell me about your career

P.T: Ive been in lots of bands in the last few years, this solo project (with backing band) started last year and I have since got management through the Animal Farm label. I am releasing lots of new music through them this year and recording an album at the end of the year due to release at the beginning of 2014.

PBA:  Is it easy to make way in the music industry in London?

P.T: No! You must be very patient and committed. A lot of very talented musicians and singers never get anywhere because they have either no, or the wrong representation. It is important to get to a point where you have management so you are not hitting your head against a wall. But even getting to this position takes a lot of time!

PBA:  How is the record companies industry right now?

P.T: It is not in a very good state thanks to downloads from the internet. Record companies don’t make the money the used to make due to a decrease in CD sales. The money now is in the live shows and in touring. The record industry is changing, but there are new ways of becoming successful in music, through songwriting, music sync in adverts and movies.

PBA: Do you look for an objective audience?

P.T: Only to the people who enjoy melody and heart felt lyrics. Otherwise, no!

PBA: What are your aspirations? Do you have any dream to fulfill?

P.T: Yes, all musicians have a ‘dream’. My dream is to have music as my only job, however successful or unsuccessful I become I don’t mind, as long as music is my only job!

PBA: What does it mean to you the launch of “On The Sunnyside”?

P.T: It is a celebration of the launch of my new single, the 1st single released through my record label, just a chance for people to gather together and appreciate great music!

PBA: What is next from Pasco Tom?

P.T: More releases and more gigs! An album next year, and Im just about to move onto a narrowboat to live not he canals in London!

PBA:  I do not know if you have thought about it, but if you want Sunnyside, you need to go to Spain. Have you ever thought about touring in my country?

P.T: I know, my girlfriend is Spanish and so a tour in Spain would be great. Especially with the title of my single. I did a tour of Italy a few years ago, it was good to tour in a place which was hot!